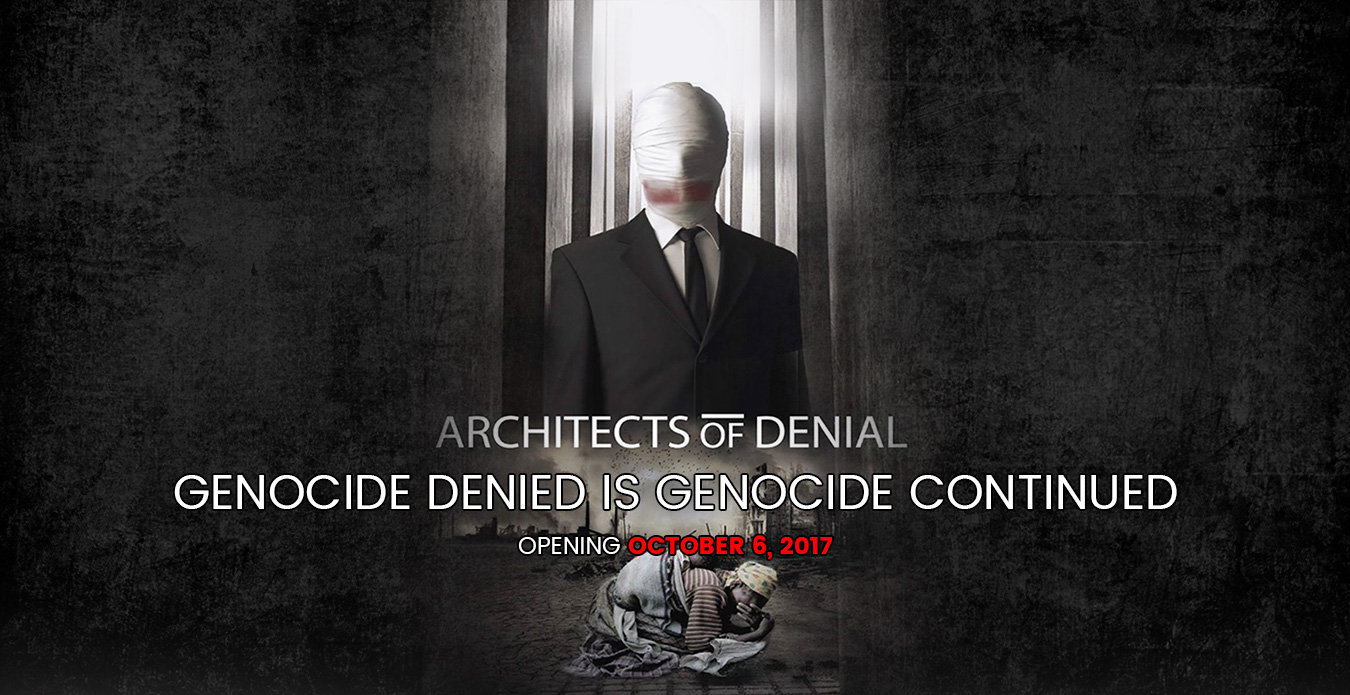 Architects of Denial is a first person account of genocide through the eyes of survivors. Included are new exclusive interviews with experts who graphically illustrate the real connection between historical ‘denial’ with present day mass exterminations in conflict zones around the world. This film warns that those responsible for genocides who are not brought to justice and confronted with the truth of their crimes, will only set the stage for more worldwide massacres in the future.

"Feels richer than even Citizenfour for the way its foundation constantly shifts beneath our feet, Instilled with a sense of immediate urgency as an apprehensive cloud hovers over every action, every word, every wayward glance" Slant Magazine

A process of genocide is being carried out before the eyes of the world.

What connects too thousand years of genocide? Too much power in too few hands.

there is overwhelming evidence to support that there was a serious Armenian genocide.